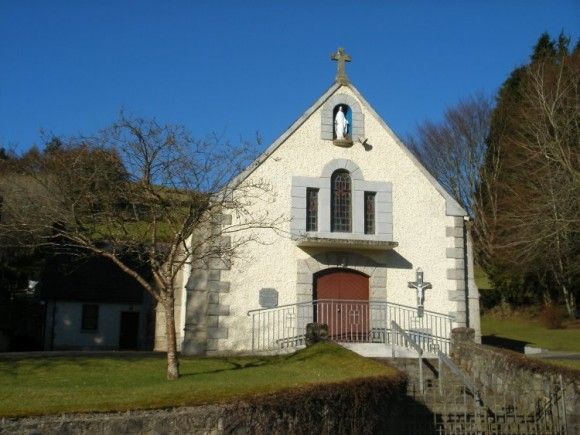 St. Mary’s Church, Askinagap, is the most easterly church in the diocese of Kildare and Leighlin. It was built around 1820 and renovated in the 1970s.

A plaque on the church wall commemorates the Mulhall family, all six of whom were killed when an avalanche buried their home in the great snowstorm of March 23rd, 1867.

Another plaque was erected by The O’Mahony in thanksgiving for safe passage through the Great War (1914-18). The O’Mahony was the owner of the nearby Coole estate and as such would have been the local landlord.

Another noted local resident in those times was John Redmond, M.P., successor to Charles Stewart Parnell as leader of the Home Rule Party, who frequently worshipped in this church when resident at his home in Aughavannagh, Parnell’s old shooting lodge, which was presented to Mr. Redmond as a gift from the Irish nation.